Paul Selby is Store Manager at Reckless Biking Shipyards — a bike shop known for their friendly service as you rent or buy bikes, hire snowshoes or skis, or take a bike tour from their location in The Shipyards of Lower Lonsdale. Paul is in the perfect place having mountain biked on the North Shore since he was a child. Now, he prefers to stick to cycle paths and recommends the “active resting” of an e-bike.

Here are Paul’s favourite places to ride and stop along the way. 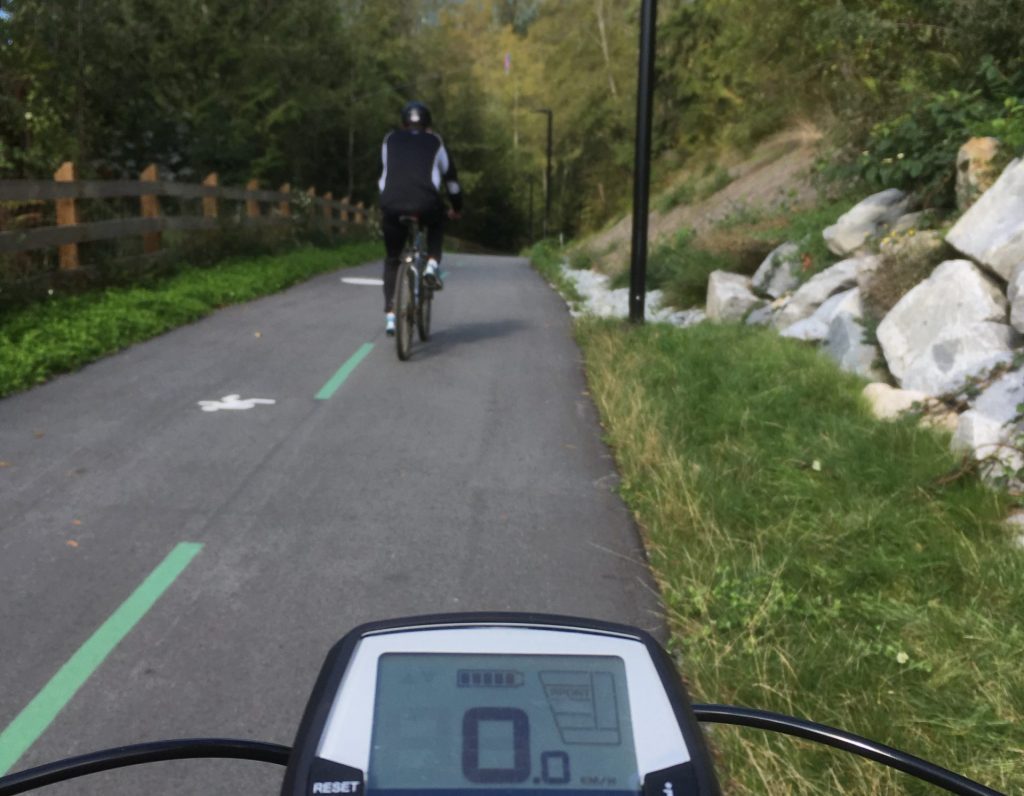 “I’ve always had a passion for biking, starting as a young kid mountain biking locally and on the Gulf Islands on family vacations. Those days are behind me now, but I’ve kept my passion alive cycling to and from Reckless most days as well as recreationally around Stanley Park, and now, The North Shore!

The Green Necklace is quite a well-known 7.5km bike path surrounding the City of North Vancouver’s centre, linking historic parks and buildings, public spaces and commercial areas. I’m convinced it would be much better known of the hills (Grand Blvd/Jones Ave) could be flattened by an ebike!  In particular the E 19th section of the ride is truly stunning with a rock face on one side and a view to the Lions Gate Bridge on the other. These are the types of rides I would rarely have the time or energy to do, but with an ebike, it’s all about being outdoors, clearing your mind, and having fun. The beauty of riding an electric bike is that I never feel hesitant to jump out on a ride.” 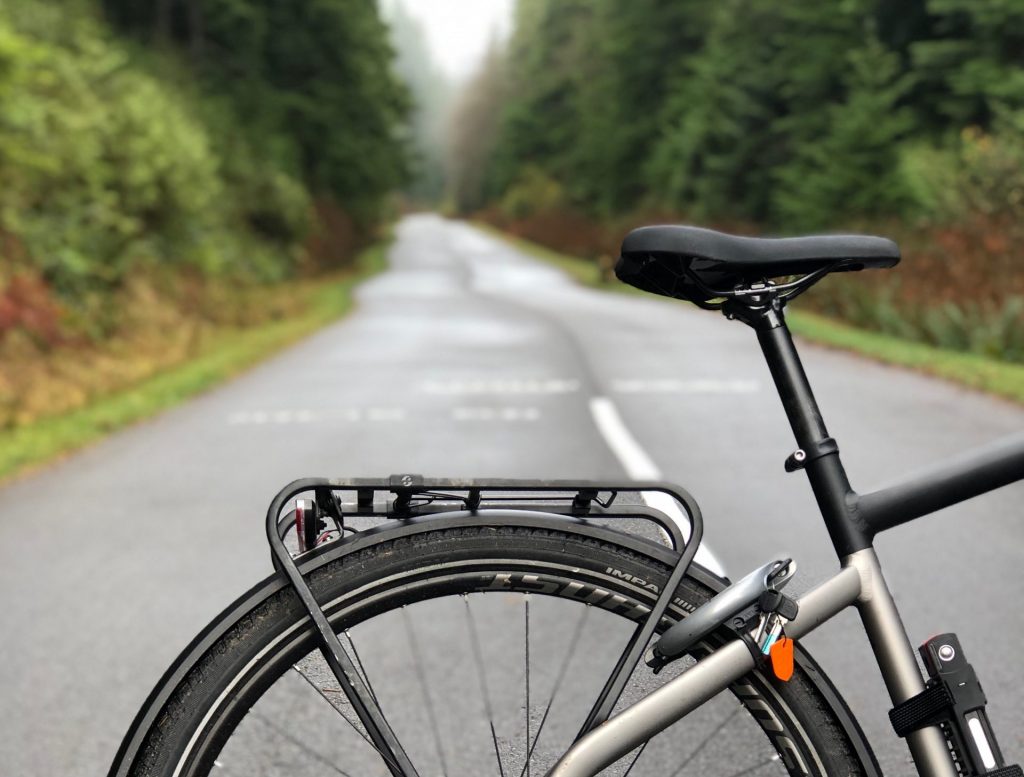 “A fantastic 20km loop directly through the North Shore forest leading to the Seymour Reservoir Viewpoint. I road this section on a brisk fall day for the first time, with few other riders around, the quietness of the forest was the perfect city escape.  That’s another great thing about e-bikes, they don’t mind the temperature or weather, like we do, so I was able to ride for over 35km that day in about 5C degree weather, no problem.” 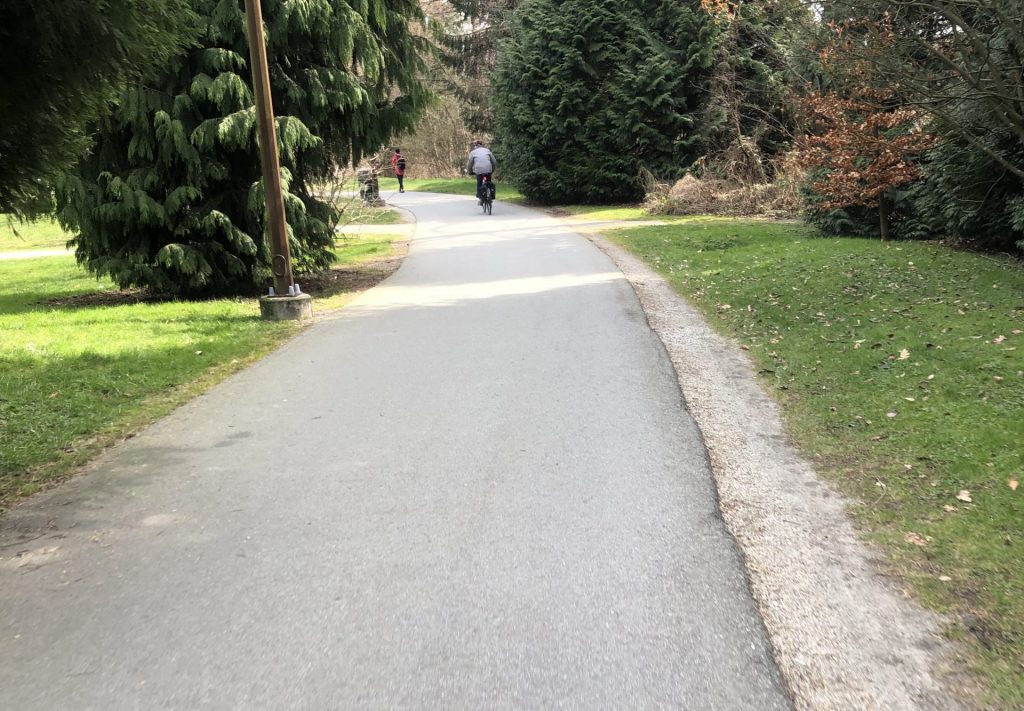 “Welch Strip Park, Mosquito Creek Marina, and Kings Mill Park are three great spots during the ride that showcase how the city has made efforts to create cycling paths while preserving the natural habitat of the North Shore.  The bike path is really nicely integrated into the parks making a vibrant ride with lots to look at. The Spirit Trail has laid the groundwork for even more bike paths to further integrate cycling with North Vancouver urban living. These types of rides never get old.” 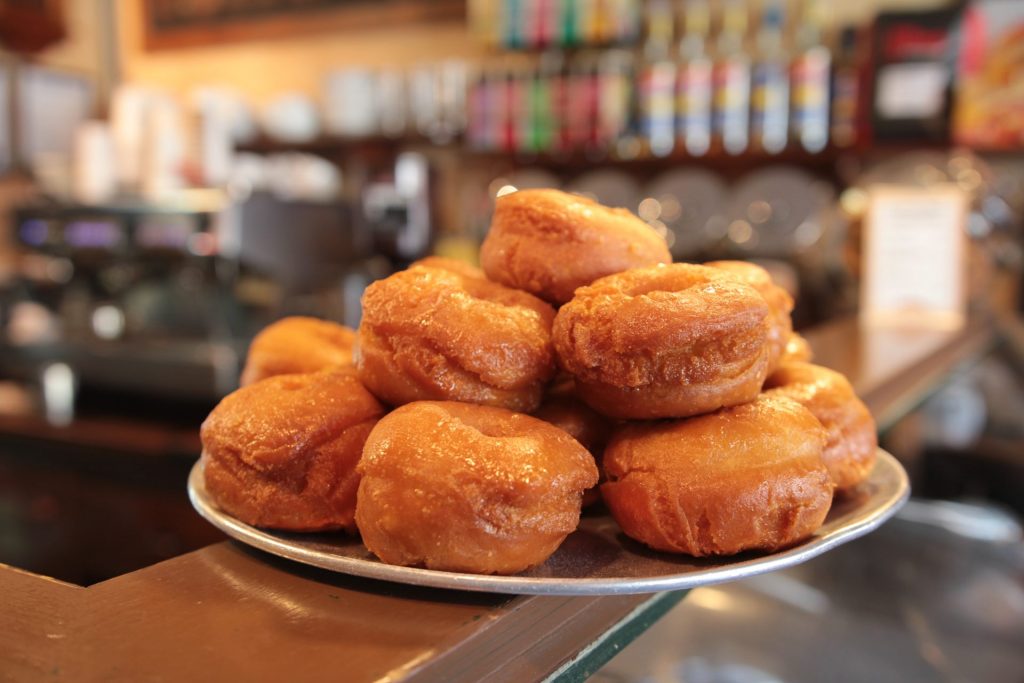 “It’s tough to resist stopping for a beer or a doughnut, or both! When riding east of The Shipyards and sometimes out to Deep Cove, I usually pass by one of the breweries and definitely grab a doughnut from Honey’s at the Cove.  Although the Spirit Trail doesn’t extend all the way to Deep Cove yet, more bike lanes are being constructed or planned, which is great to see happening.” 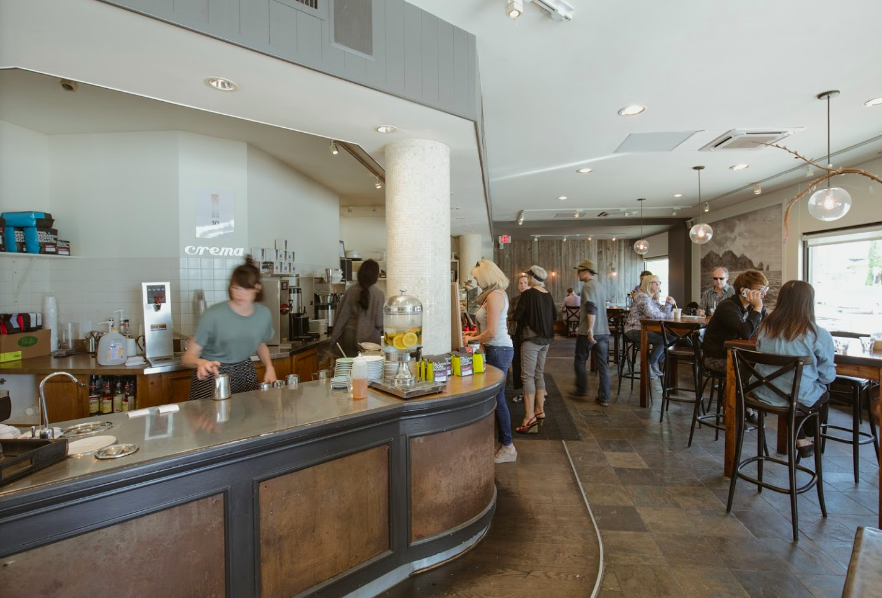 “Cafe Crema is a great spot to take a break and have a coffee outside in the fresh air.  It also features some awesome desserts in a the very underrated neighbourhood of Ambleside.  The view from the beach is without question one of the best of Stanley Park, the Lions Gate Bridge and everything else you can take in. It might seem far, especially with a car or traffic, but by bike you can be in ambleside 20 minutes after leaving downtown.”

Meet Paul, and rent an e-bike for the day to check out some of his recommendations at Reckless Biking Shipyards. Use coupon code “NiceByNature2020” for 10% off on all activities for all your viewers booking online or in store.