How to Celebrate Indigenous History Month on Vancouver’s North Shore

Join us this June as we celebrate Indigenous History Month on Vancouver’s North Shore’—an area rich with Indigenous history and culture. You don’t have to go far to experience the beauty of an Indian Arm canoe paddle or taste the best bannock tacos you’ve ever had. It’s all here in our own backyard, from the totem poles of Cates Park to the First Nations sculptures found through the North Shore Culture compass – there’s something for everyone!

Indigenous History Month is an important time for Canadians to reflect on the histories and sacrifices of the First Nations, Inuit and Metis people. It’s a time to learn, appreciate, celebrate and acknowledge their significant contributions to our community.

Learn about the ancient forests and cultural stories of the 3km of land surrounding the Capilano River firsthand from an Indigenous ambassador on the ‘Talking Trees Hike’— a guided walk by Talaysay Tours. This First Nations-owned company explores the beautiful paths, plants and people of the land. You are sure to learn more about the history, local trees and plant medicine used for centuries by the Native people—leave feeling culturally enriched! Click here to book your in-person or virtual group tour.

Explore the stories and artifacts, including paintings, photographs and memorabilia of the legendary Chief Dan George. Originally developed by MONOVA: The Museum of North Vancouver, the exhibit explores his influence as an advocate for the rights of First Nations Peoples and his career as an actor. It also considers other significant figures, events and milestones in the First Nations rights movement in BC and Canada, and touches on the wider history and portrayal of Indigenous people in film and television. The exhibit was developed in close collaboration with the Tsleil-Waututh Nation and the George Family. It is a travelling exhibit and currently located at Maplewood Flats until September 2021 – open on Saturday and Sundays from 10-4 pm and Thursdays and Fridays from 10-2 pm by appointment. Visit calendly.com/wildbirdtrust to make a reservation. 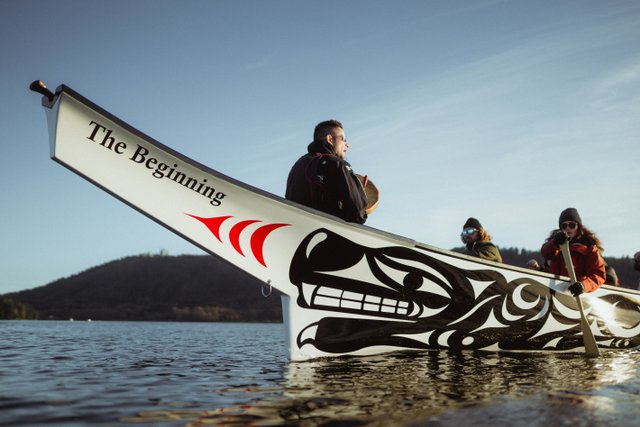 Takaya Tours is owned and operated by the Tsleil-Waututh (pronounced “slay-wah-tuth”) Nation. Take in the beautiful waters of the Indian Arm and the Burrard Inlet on authentic historically replicated canoes while experiencing the culture, tradition and heritage of the Tsleil-Waututh First Nation in North Vancouver. Paddle in the protected waters while guides from the Coast Salish Nation sing songs, tell legends and point out ancient village sites.

On June 22nd at 2 pm, Takaya Tours will also be part of a free workshop presented by Indigenous Tourism BC ), Destination BC and sponsored by Daily Hive. This virtual event, Honouring Wellness will take place on June 22 at 2 p.m and Takaya Tours will share their ancestral knowledge, fostering an appreciation for wilderness and Indigenous culture. Frank Antoine, Co-Founder of the Okanagan’s Moccasin Trails, will also host a smudging ceremony followed by a seminar to educate viewers on the colonization of Indigenous wellness practices. Click HERE to register.

Spend a sunny beach day at Cates Park/ Whey-Ah-Wichen (which means ‘faces the wind’) surrounded by Douglas Firs and the peaceful waters of Indian Arm and Burrard Inlet. There are lots to do in this dog-friendly park including 6 kilometres of trails, tennis courts, picnic tables, playgrounds and stretches of sandy beach. The park is rich in history and has great importance to the Tsleil-Waututh people. Originally used as a small village during the spring and summer months to hunt and gather natural resources such as wild game, berries, flora and fauna, you can now. Take in the monumental totem poles while honouring a piece of First Nation’s history.

If you have yet to try Mr. Bannock, you’ve been missing out on some epic Indigenous eats! Paul Natrall is the smiling face behind North Vancouver’s first Indigenous food truck — serving up bannock in ways you may have never tried before! From bannock tacos to hand-crafted bannock burgers, there’s something for everyone and stopping by his truck is a delicious way to celebrate First Nations culture. You can typically find the truck parked at key spots around North Vancouver, but you can also order from their website.

On June 15 at 2 p.m, Mr. Bannock will also be part of  Indigenous Tourism BC’s free virtual workshop exploring the rich history and cultures of Indigenous cuisine and wine to celebrate National Indigenous History Month—presented in partnership with Destination BC. To register for the free virtual event CLICK HERE.

North Shore Culture Compass offers a fantastic interactive map, pinpointing all the spots across the North Shore where First Nations Art can be viewed. From beautiful carvings to sculptures and destination points, there is so much to discover. This list also includes art studios and galleries such as the Spirit Gallery and Jody Broomfield Art Studio. 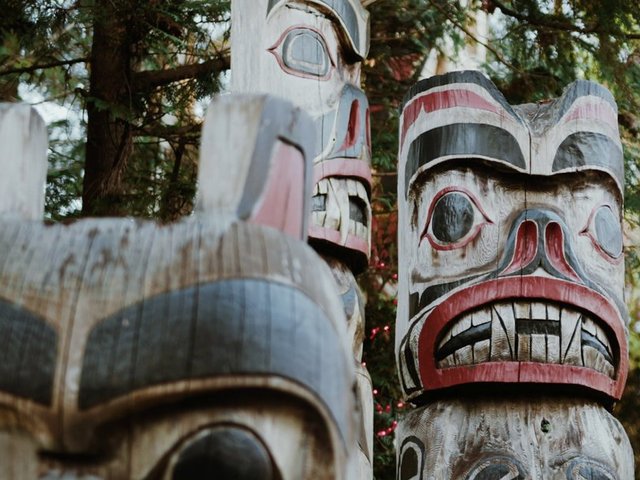 The word Kia’palano means “beautiful river” in the Skwxwú7mesh language. The Capilano Suspension Bridge Park land is situated upon the unceded traditional territory of the Skwxwú7mesh Nation and Tsleil-Waututh Nation. View the majestic First Nation totem poles, at the enlightening Kia’palano education centre. Take a tour and get a glimpse into the lives of the Skwxwú7mesh and Tsleil-Waututh Nation people at the Park where the historical connection between First Nations’ culture and the natural world is highlighted.

Planning a trip to North Vancouver and interested in learning more about Indigenous culture on the North Shore and beyond? Check out more Indigenous Experiences on our website or visit Indigenous Tourism BC for more virtual workshops. Our summer staycation deals are the perfect way to explore and save! 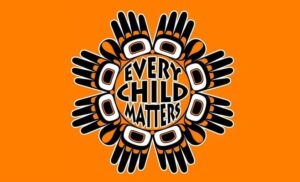